Steak without the cow: the startup developing the first cultured meat in space

This article is based on episode 10 of the Red to Green food sustainability podcast covering cell-based meat, dairy and seafood in the first season. Check out the earlier episode on iTunes and Spotify.

In their latest episode they were joined by Didier Toubia, the Co-Founder & CEO of Aleph Farms, a startup taking on one of the biggest challenges in food tech and the holy grail of cultured meat: whole steaks. Steaks are more complicated to create than say burger patties for example, as they are three-dimensional products and combine a variety of different textures. The impressive startup is also the first company in the emerging industry to commit to net-zero carbon emissions by 2025 and zero-carbon across the entire supply chain by 2030. And as if that isn’t enough they are also the first company to create cultured meat in space 🚀 What can’t they do?!

Growing steaks: the holy grail of cultured meat
Didier believes that although cultured meat is on the roadmap of a few other companies Aleph Farms is lucky enough to have connections with the Technion Israeli Institute of Technology & other renowned industry researchers which grants them access to the most disruptive technology and research.

He adds that for cultured meat to be a real option on the market being as complicated as it is to develop and commercialise, companies need to work on replicating the taste and texture of conventional meat, which is exactly what Aleph Farms is doing.

Aleph Farms is committed to working aggressively with partners to build the right production platform and assure sustainable scalability. The added benefit of cultured meat is that it can be produced just about anywhere, at any time including in large urban areas close to where the end product itself is consumed. It not only reduces the need for contaminating transportation but also excessive water consumption and high-speed production chains. The best part? It eliminates the animal from the equation altogether and skips the slaughterhouse and meat processing stages to offer a more ethical and environmentally-friendly food product, that doesn’t require so many intermediaries.

Didier believes there is a massive future for disruptive food-tech solutions like cultured meat, as the world has experienced a shift towards more sustainable processes in the last 2-5 years. There has been a strong push from countries to support this transition. Didier calls this “a tipping point in human history” as important as the growth of agriculture for humankind.

He strongly believes that cultured meat needs to be part of Europe’s sustainable future as it aims to meet its green objective (to become carbon neutral by 2050) and this is impossible if not for the development of new technologies and processes to help create better solutions in the meat industry. 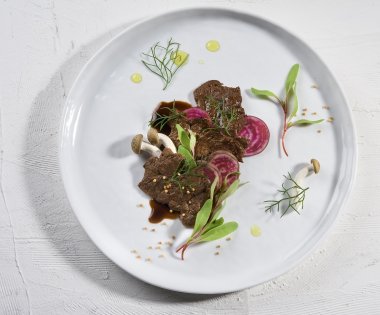 Technology promotes a greener transition of agriculture towards more resilient production methods and an increased digitization of the food ecosystem, as well as Europe’s overall biodiversity strategy. Additionally, Europe’s overall biodiversity strategy leads to increased budgets towards sustainable technology. With health concerns at an all time high and countries and their governments seeking a more resilient global food supply chain more investment is needed in the cultured meat area as we are yet to see any significant funding secured.

Aleph farms itself has raised 11 million euros to help with its research and development costs, but what are they planning to do with this funding and what can we expect from them in the future?

Didier hopes that their first beef steak and first pilot plant will be launching early 2021, and until then great importance will be placed on building foundations to scale up towards definitive development and later commercialisation. He admits there is still a lot of work to do, especially in the area of driving marketing and consumer acceptance. Cultured meat is a high risk, high impact approach “it will take time to reach mass production and large scale market penetration”, perhaps even up to 5-10 years if they want it to be accepted as a standard food product.

Growing beef in space
The young company is already making waves in the industry for being the first company to grow lab meat in space. Aleph farms used a 3D electromagnetic printer developed by Russian company 3D Bioprinting Solutions, which has opened the door to a future where astronauts could grow their own meat during space missions.

Didier explains that the production process between space and earth meat differs slightly, as the environment is completely different and the production platform needs to be adapted.

Although the space mission was a success, the muscle tissue was so small and only really a pilot attempt compared to what they want to do here on earth. “We have to make more experiments to confirm all the attributes of the meat we grew in space… it’s just the beginning”.

Unlike for space grown meat, Aleph Farms doesn’t plan on using 3d printing on earth’s meat just yet, due to the lack of maturity in 3D printing solutions for such large scale and low cost meat development. However, Didier assures us that we will be seeing 3D printing in action when it comes to the launch of their 2nd gen platform, so keep your eyes peeled! 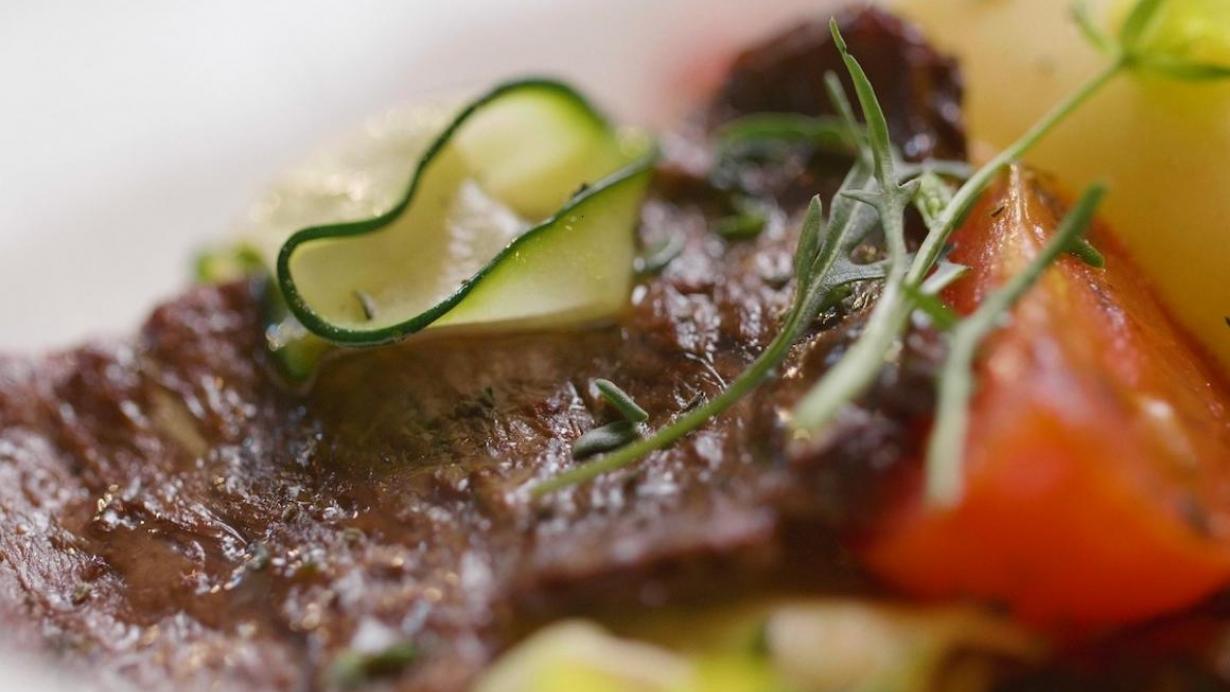 Cultured meat makers = meat crafters
There are 2 main challenges when it comes to re-creating a whole steak, including the tissue engineering aspect which requires not only growing isolated cells but making sure they interact and form a muscle tissue that is basically meat, which as Didier put is a huge “scientific and technological challenge to make sure different cell types can differentiate and grow together”.

Didier describes himself and his team at Aleph farms as “meat crafters”, designers that implement nature inspired designs and artistic approaches to replicate the real thing. They take care in reproducing the exact environment of real animal meat production including controlling the inside conditions and the outside environment which for Didier is “the key to be able to grow meat which is similar to the meat growing inside the cattle”.

For sponsorships, collaborations or feedback write to Marina at redtogreensolutions@gmail.com
Want to be featured in our next post? Write to us at sayhi@foodentrepreneurs.com