This startup is changing pet food radically and heres how

This article is based on an episode of the Red to Green podcast on food tech for sustainability and health. The first season covered cell-based meat, dairy and seafood. Listen to this and past episodes on Spotify, iTunes and other platforms.

There are a few industries that could definitely use some disruption, and pet food is one of them. Did you know that within the food industry animal agriculture has the biggest carbon footprint? And a quarter of that is due to the pet food industry. In an interview founder Ryan Bethencourt tells us how he and his team at Wild Earth are changing this through plant and cell-based pet food. You will learn about the problems and opportunities in the pet food space, including how cultured meat could transform the industry. Check out the podcast to also hear the funny story of how the VC and angel investor Ryan was forced to eat a 6-dog-meals equivalent of his own plant-based dog food.

Ryan tells us that 25-30% of the environmental impact of our meat industry comes from pet food. It’s what he calls a “mindblowing statistic” if you think about what our furry friends actually eat. Dogs and cats mostly eat kibble – essentially pre cooked and dried balls of food. The protein source doesn’t really matter as long as its quality protein. However, the typically over-processed food we currently feed our animals brings a lot of potential risks, including disease. This isn’t only affecting the health of our pets, but also the environment, causing overfishing and deforestation across the world. Ryan says that many people are actually unaware of what we are feeding our animals. When an animal dies in the field – say a cow or a chicken for example – and it dies of an unknown cause, this animal can’t be fed to a human, but it can be used for pet food. “This was totally shocking to me that we allow the feeding of diseased animals to our pets”.

Thankfully this gave Ryan “the inspiration to make something entirely different and entirely new based on a protein and plant-based dog food” and now, three years down the line on his journey, Wild Earth is leading the industry on a cleaner and more sustainable route. 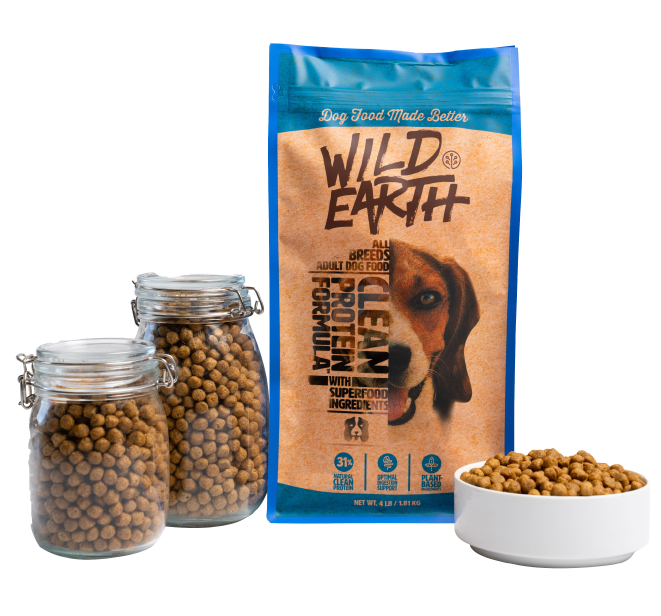 Health first, sustainability second
Wild Earth was built with a mission to make “better, more sustainable, clean products for pets”. However, for the animal-loving founder it is much more than just making a vegan pet food company, it is about “how do we make 21st century pet food” whilst reducing its environmental impact and offering a healthier lifestyle alternative for our pets.

Ryan wanted to make a product that was ideally suited to dogs – sustainable, plant-based and clean – which included the 10 essential amino acids that dogs requiere. He wanted to cover all the bases.

“Not just hey it’s plant-based, but hey it’s the best dog food you can get for your dog.”

Ryan tells us that it’s a huge misconception that dogs are carnivores, they are actually omnivores and very similar to humans. This was his exact starting point when designing a plant-based dog food. He believes that dogs can actually live longer on plant-based products rather than the conventional meat based diet we typically feed them.

The startup’s aim is to “make dog food that is focused on really high quality nutrition..not just feeding the animal the base needs but going beyond that. Let’s add some probiotics, let’s add some additional omega 3s and 6s..”. The team at Wild Earth started to add higher and higher nutritional levels, that goes way beyond existing kibble on the market in terms of how they are designed. There is still a huge problem with pet obesity and this is another area that Wild Earth wants to cover, did you know that 50% of dogs are obese? Developing the first prototype of cultured meat cat food
In fact, if you didn’t already know Wild Earth was the first brand to develop cell-based mouse meat for cats, and Ryan believes that the company has helped open the door for other startups wishing to develop solutions in this area. He tells us that one of the main misconceptions for cat parents whose pets tried the cell-based offering was the worry that they were actually killing and using real mice. Thankfully, he assures us that no mice were harmed in the process and they instead work with commercially available cell lines to see if any of them are feasible.

After the feedback from the mice prototypes, they decided to focus on more typically cell-based meats like salmons and chicken – things that cats more typically enjoy eating. They are now working with one of the leading cell-based companies in this space, and Ryan believes that instead of reinventing an already existing product, it’s more worthwhile to be looking for potential partnerships with bigger corporations. Ryan thinks that going forward in 2020/2021 Wild Earth will boast a number of collaborations with companies, most importantly those that share the same health and sustainability philosophies as they do. They are even “in the progress of starting our first few collaborations as we speak”.

Creating plant-based pet food is very different from creating meatless food for humans, Ryan explains. With humans, even hamburgers or hot dogs must have the perfect ratio of fats and proteins to assure the right taste and texture. The only catch? The price point. It’s much lower for pet food. 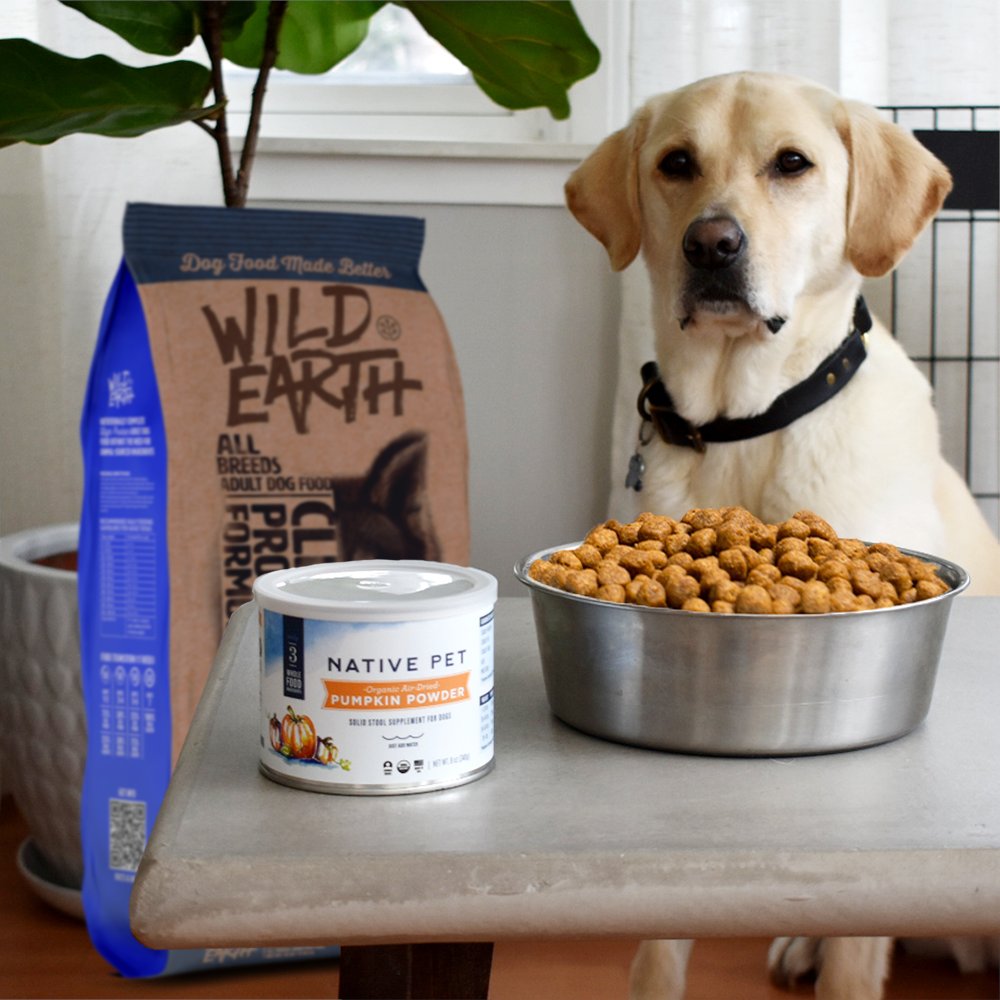 So when will we see cell-based pet food on the market? Ryan is optimistic and believes we should see a number of startups releasing products once cell-based human food has found its place in the industry. What he really cares about – and the key to Wild Earth’s philosophy – is to create clean- pet food for our animals’ health. He believes that there are a lot of pet parents out there who truly care about the health of their pets and the sustainability of our earth as much as he does, and he wants to transform the pet food industry for them. “My personal mission is to transform the pet food industry..it’s so much more than just Wild Earth”.

Ryan hopes that with Wild Earth leading the space, bigger companies will follow in their footsteps and come out with plant-based alternatives to their products. The only way to change this massive industry is to do it together, says Ryan; “We are focused on impact – it has to be the entire industry to change”.

Check out their website here to find a video of Ryan eating plant-based dog food (you wont be disappointed!)

Want to get involved in our next blog or news post? Send us an email at sayhi@foodentrepreneurs.com