noun [ U ] /ˌvɜː.tɪ.kəl ˈfɑː.mɪŋ/ US 🌱 Vertical farming is the practice of growing crops in vertically stacked layers. It often incorporates controlled-environment agriculture, which aims to optimize plant growth, and soilless farming techniques such as hydroponics, aquaponics, and aeroponics.

The global vertical farming market has been steadily growing over the last few years as companies look for sustainable ways to deal with unprecedented population growth. Vertical farming is part of a rising number of “urban agriculture” solutions, which allows for food to be grown closer to large urban population points. The industry is also currently experiencing a boom from the pandemic as consumers increasingly crave more healthy and locally-grown greens.

In 2019 the vertical farming market was worth around 4.4B dollars which is expected to reach a whopping 15.7B by the year 2025. The advantages of vertical farming are many, including using vertical space and reducing the need for the overuse of land. Vertical farm startups have seen success from the sector over the years, as investors and entrepreneurs increasingly find appeal in companies which can offer healthier food products while using less water and land than traditional farming.

So is vertical farming really the future of agriculture?
With a now growing interest in vertical farming across the world, massive facilities are already operating in Asia and Europe, with new projects being announced since the outbreak of COVID-19, including: 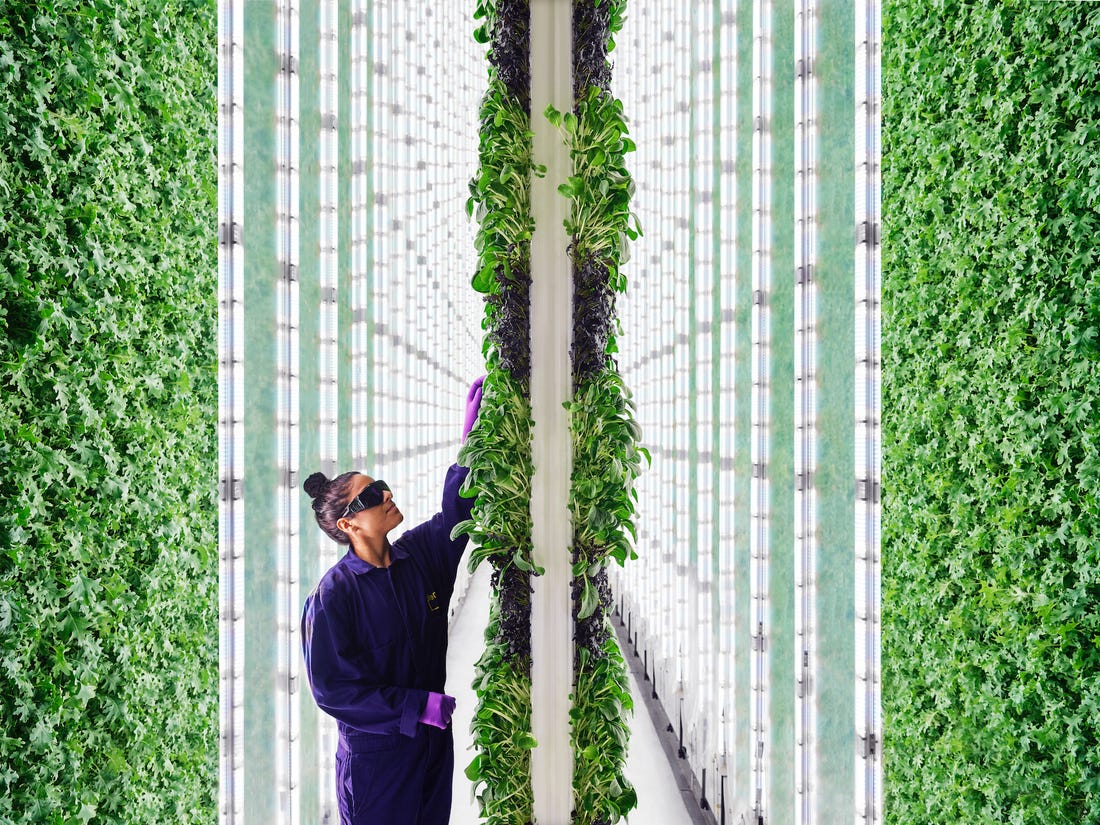 Vertical-farming company Plenty Unlimited Inc.has signed an agreement with Albertsons Companies, Inc. as they planned to provide their shoppers in more than 430 stores across California with Plenty’s fresher and more flavorful greens.

The companies are leading the industry by participating in a new partnership model to deliver consumers fresh produce all year long. The startups operation uses data analytics, machine learning and customized lighting as well as wind and solar power to provide 100% of the farm’s energy. The current Plenty farm is able to grow 1 million plants at a time and is designed in such a way to use less than 1% of land and 5% of water compared to conventional farming.

This sustainable-driven partnership will no doubt meet needs of the “new” consumer—one which is more aware of the effects that our current food supply chain has on our environment. Seeing that demand spiked when COVID-19 hit, the Albertsons Cos. team asked suppliers, including Plenty, to help make sure that their clients would have uninterrupted access to quality fresh produce.

Along with this news, the team also announced their new farming facility to be developed in California, set to use a hydroponic growing system controlled by large mobile machines equipped with robotic grippers. The machines can plant, harvest and move heavy trays of greens around while machine learning algorithms and computer vision systems monitor their daily growth.  For now, the farm grows the usual mixture of leafy greens and herbs, with the new California facility selling their produce to Whole Foods and Bianchinis markets.

Another indoor vertical farming company that managed to bag funding is Jersey-based Aerofarmsthat uses moist air to grow plants. The startup took in $100 million last year to bring their total funding up to a staggering $238M. This doesn’t include the $100 million investment that the Abu Dhabi government gave to Aerofarms and three other agtech companies back in April this year. And thanks to their offering, AeroFarms is now constructing a 90,000-square-foot indoor vertical farm in the UAE capital that it says will be the largest of its kind in the world.

Infarm is the Berlin-based startup developing modular, hydroponic vertical farms, operating a slightly different business model than other companies in the space by locating them at grocery stores, schools and offices. Their single two-square meter unit shown above can grow up to 8,000 plants a year, all while using 95% less water than traditional farms and taking up 99.5% less space, as well as using zero chemical pesticides and 75% less fertilizer.
The company has partnered with several big supermarkets across Europe, including in their home-land Germany and the UK, where it currently has over 500 micro-farms in-store. The company now has big plans to expand into the USA, having recently partnered with Krogerto trial its units in some of their stores. 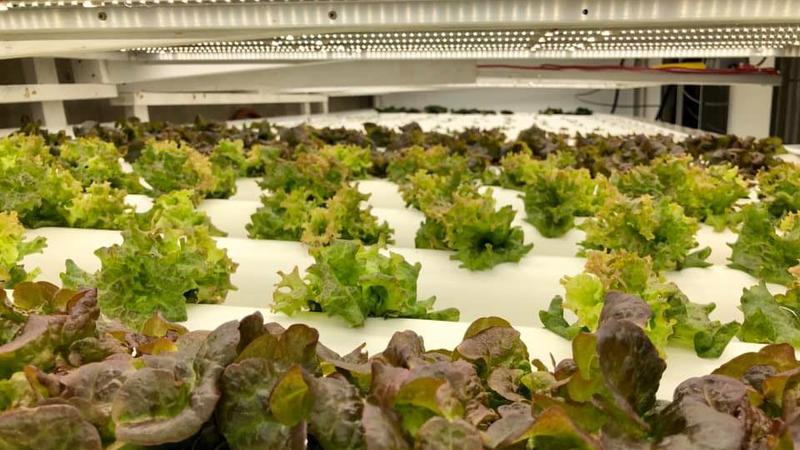 Indoor vertical farming companies seem to be competing against one another to see who can use the least water resources to grow micro-greens. LettUS Grow was founded in 2015 in the UK and has since managed to raise near to $4.5M to develop its aeroponic technology. Similar to hydroponics aeroponics does not require soil but instead uses nutrient-rich water to grow its plants. In a hydroponics system, a plant’s roots are in direct contact with the water while aeroponic systems rely on mist and water re-circulation, meaning that LettUs Grow can use 95% less water than other traditional farming methods. The startup offers its aeroponics systems in stackable tiers (as seen below) to use the maximum vertical height of a room and minimize required farming land footprint. 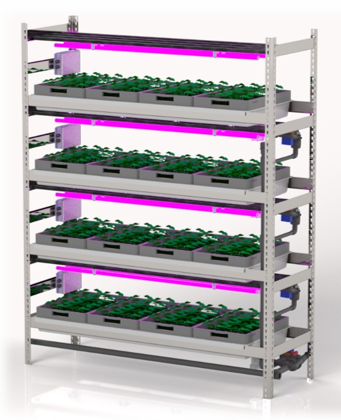 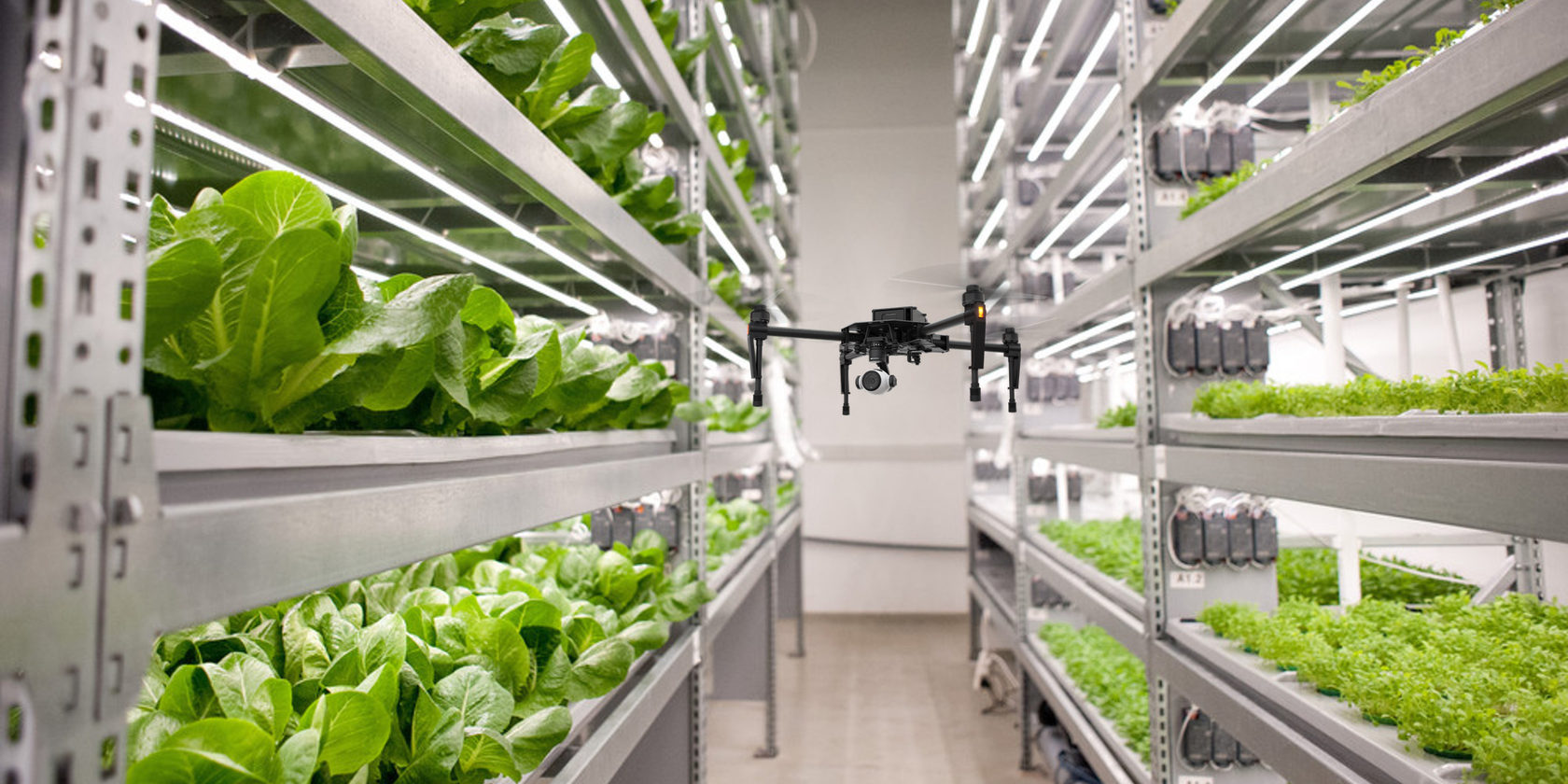 There are many agri-tech startups that leverage AI, machine learning or blockchain in some way but with Finnish iFarm these technologies are central to their operations. The company was founded back in 2017 and has secured up to $4M since then to develop its Growtune platform. This high-tech platform uses computer vision, machine learning and big data to collect information about thousands of plants, including their weight and growth. Information with which they can then build a system that improves the farms quality characteristics as well as provide recommendations to farmers on changes they can make to optimize yield.

Ekonoke is a Madrid-based company with a disruptive business model. It produces hops of the highest quality, ensuring sustainability and reliability of supply, and developing climate-resilient agricultural solutions with the least use of resources.

Currently, the brewery Corporación Hijos de Rivera (‘Estrella Galicia’) and the startup ‘Ekonoke‘ are working on an open innovation project to revolutionize the supply of hops in the brewing industry. Under the premise that “ingredients stop traveling thousands of kilometers, and instead knowledge and technology travel”, the first harvest from indoor agriculture is currently being carried out for the company, and it is expected that by the end of 2023 the project will supply an important part of the Galician company’s hop needs.

H2HYDROPONICS is a Spanish startup company that operates globally, owners and creators of what they say is the most effective, easy to use and more stable hydroponics system of the market, the patent pending H2HYBRID.

Firstly, H2 T-CONTROL is a powerful tool 100% configurable and ready to operate all climatic, irrigation and hydroponic equipment. It has analogic and digital open ports to connect as many sensors/probes as required to control your hydroponic project, vertical farm, soil and outdoor crops.

On the other hand, H2-NFT channels features a double wall for temperature control; a flat and ridged bottom for optimal water distribution across the roots.  It also allows the customer to benefit from ease of cleaning and multiple plant densities thanks to our detachable lids. Health and safety is also guaranteed as they use only raw and virgin materials approved to use in contact with food. A double wall design protects roots from extreme climatic conditions; to reduce algae pollution, the channels have a white/black finish.

Planet Farms is a leading vertical farming company, founded in 2018 in Milan, that has developed a vertical cultivation system unique in the world, allowing the perfect harmonization of all the fundamental parameters for cultivating rich in taste and highly nutritious greens.

Planet Farm’s Vertical Farming products are truly unique. They are grown without pesticides, in a truly pure environment, with the utmost respect for the Planet and its resources. This is precisely what makes their flavor so surprising: it will blow you away from the first bite!

The union of world-class technology and the best of Italian agronomic tradition offers a concrete, scalable answer to the need for greens that are healthy, high quality, available all year round, affordable for everyone, and have low environmental impact.

They improve the flavor of their veggies from the choice of seeds. Using the most innovative technology, they choose pure varieties that struggle to grow in the open field, bringing the customer back to traditional flavors.

We highly encourage you to check them out!